Adapted from How to Study the Bible by Robert M. West 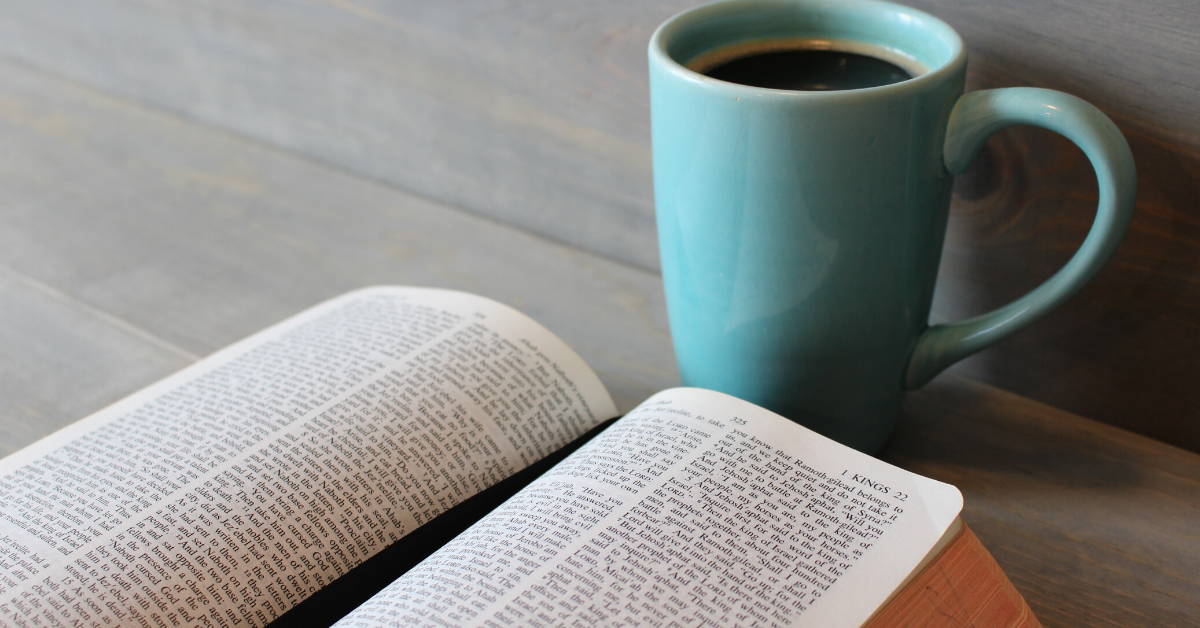 Some Christians seem content to only focus their Bible study time on those things that spark their interest, while others have a diet of the latest Christian books that hit the bestseller list. We should be involved in a balanced Bible study plan that uses a variety of techniques. In physical health, eating only those foods that we might enjoy—like snacks and sweets—won’t contribute to good health. A balanced diet is required. This is equally true when we study the Bible. Here's a list of six important Bible study methods that every believer should know.

1. The Expositional Method
Expositional Bible study means studying individual Bible books verse by verse, using the observation, interpretation, and application guidelines from chapter 2. The benefi t of this method is that it reveals the fl ow of the author’s thoughts throughout the book, which contributes to a more accurate understanding of individual verses. This method requires more thinking about how verses relate to each other but leads to greater understanding in the long run. Bible commentaries are especially helpful with this method.

2. The Survey Method
When we use the survey method, we study Bible books as a whole to become acquainted with general information rather than the details of each verse. We investigate subjects like the author, where he’s writing from, his style of writing, the theme, important topics contained in the book, who it was written for, and issues or circumstances the recipients might have been facing. Looking at the political background and chronology of events may explain why certain events happened.

We can also survey the entire Old or New Testament so we understand how the books of the Bible are divided and relate to each other. The thirty-nine Old Testament books can be divided into five categories:

Bible encyclopedias, Bible dictionaries, and Old and New Testament overviews are all helpful when surveying the Bible.

3. The Topical Method
Occasionally we have a specific topic from the Bible we’re interested in studying. We want to accumulate all the Bible says about it and then
organize the information. A Bible concordance and a topical Bible guide us to specific verses about topics throughout the Bible. Then we can see how each subject is addressed in the Old Testament and the New Testament, and by individual biblical authors.

This method was especially helpful to me as a young Christian because I had so many doctrinal questions. One of the first study books I read was Major Bible Themes by Lewis Sperry Chafer (later revised by John Walvoord), a book of fifty-two Bible doctrines. I concentrated on particular subjects to better learn what God had to say about them.

There’s a vast list of doctrines and subjects in the Bible. A Bible encyclopedia provides extensive articles on many topics. The weakness of topical Bible study is that verses can be misunderstood if taken out of context.

4. The Biographical Method
Individual people in the Bible are of interest, so we may want to develop a character sketch. The Bible mentions over twenty-nine hundred people, some by name only. As with a topical method of study, we can use a concordance to find every Bible verse where the name is found. We have to take care to be sure that the texts all refer to the same person. Six women in the Bible are named Mary, five men are named John, and five men are named James.

Through faith in God’s power, believers have accomplished some amazing things. (See Hebrews 11.) These people are examples for us and are called witnesses, who testify how God can empower his children to do His will.

God doesn’t hide the weaknesses of His servants. David, the man after God’s own heart, sinned in the matter of Uriah the Hittite (1 Kings 15:5). The apostle Peter denied the Lord (Matthew 26:69–74). Elijah was a man just like us ( James 5:17). This kind of information encourages us. Through their experiences, we learn that God is forgiving and patient and that He is the God of second chances.

When developing a character sketch, study books such as All the Men of the Bible and All the Women of the Bible (by Herbert Lockyer) or Twelve Ordinary Men and Twelve Extraordinary Women (by John MacArthur) may prove helpful.

5. The Word Study Method
When a person is new to the Christian faith, some terms may be unfamiliar. Words like propitiation, redemption, imputation, justification, and sanctification are basic to the message of God’s salvation in scripture. The words of scripture are the words that God inspired, so they become part of our study. God wants us to understand them. By using a concordance, you’ll be able to locate these words and see how they’re used.

Several Greek words might be translated into one English word. Using a study tool like a Strong’s Exhaustive Concordance is essential to understanding the variety of meanings.

6. The Devotional Method
Many Christians use the phrase “having personal devotions” when referring to the devotional method. This type of study is less technical than the others and is primarily for personal inspiration and encouragement to deepen our relationship with God, drawing near to Him so that He might draw near to us. Bible reading, prayer, and perhaps reading a devotional book with a brief message are normally a part of devotions.

Meditation is a normal part of the devotional method. This is the practice of pondering and reflecting on the meaning of God’s words and works and their application to our lives. Anyone who has received a letter from a loved one who is far away understands the meaning of meditation. We read and reread the contents and then think about them. The psalmist said, “I will meditate on Your precepts, and contemplate Your ways” (Psalm 119:15).

Our meditation hopefully carries on throughout the day as we consider how God’s Word applies to our particular daily activities. Blessing waits for those who delight in the law of the Lord and meditate on it day and night (Psalm 1:2).

Meditation can be greatly aided by memorization of God’s Word. Being able to retrieve scripture from memory is useful when we’re discouraged; we’re able to ponder the uplifting promises of God. “I remembered Your judgments of old, O Lord, and have comforted myself ” (Psalm 119:52).

The devotional method of study prepares us to meet each day with the knowledge that we have been redeemed by Christ and that He’ll strengthen us to do His will.

Some may rationalize their lack of Bible study by saying that life is too busy or studying the Bible is too hard. Others, who struggle with sin, as I did early in my Christian life, may honestly admit that it’s just too convicting to read. Please don’t let excuses stop you from studying God’s Word. Jesus made it clear that learning and living the Bible is God’s will for our lives. He said, “Man shall not live by bread alone, but by every word that proceeds from the mouth of God” (Matthew 4:4). Bible study isn’t just a nice thing to do—it’s essential to our lives!